After talking about Elves vs Humans on Friday I've been thinking about what I could do to make this iconic fantasy race more interesting to me and not just a wish fulfillment race along the lines of a sparkly vampire from Twilight. A character in a game being an Elf shouldn't be incidental, even if we're playing a game with separate race and class. That's sort of boring to me and it feels like Elf is more or less a substitute ethnicity rather than a different sort of creature altogether.

Looking back at Elves from Folklore and pop culture and focusing on the non-teen heartthrob variety I came to the same conclusion that Jeff Rients did: Elves need to wear hats! 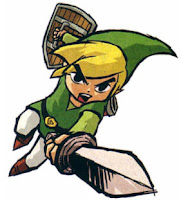 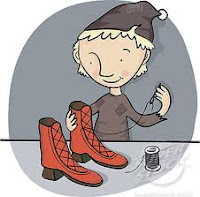 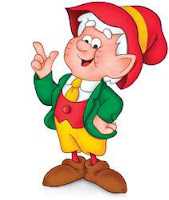 They also need to be shorter than they've become in recent years. Here's a comparison of Elf height and weight across the editions:

Whoa. The newest elves are HUGE.

The older numbers fit better with the Cobbler/Cookie/Christmas/Crispies vision of Elves, so that's a good reminder that they're shorter than most people.

In addition to wearing hats, they need big ears. Not the "slightly pointed" Mr. Spock ears, I'm talking BIG ears. Sticking off the sides of their heads and giving them +1 to hear noises big. Too big to be wearing helmets -- and that would get in the way of wearing their Elf Hats anyway. If they aren't wearing their Elf Hat they can't use Elf magic.

Not only don't they wear helmets they don't wear a lot of armour either, or lug around big heavy weapons. They might be light on their feet, but Elves aren't as big and strong as regular people. They're little and "Elf like". So we'll just say they can't wear metal armour and not worry about any AC adjustments for missing helmets. They can't use large two-handed weapons (Two-Handed Sword, Battleaxe, Polearm, Longbow) either. However an exception is made for Elven Chainmail. This is why they make it - it's light enough for them to wear.

In keeping with the small size and slight builds an Elf has a maximum strength of 12 (not bonuses for high strength). Races will also only be able to use a Charisma bonus with members of their own race. So that in a humanocentric campaign world a Charisma above 12 isn't much use to an Elf.

To compensate (a bit) for these new limitations an Elf has the same chance to Hear Noises as a Thief of the same level. I think I'll also create an abridged list of "Elf Magic" spells they have access to, then change their rate of advancement to be faster (possibly matching the Dwarf).

Keeping with their small size and builds and looking at the inspirational material they're not beautiful in a normal adult romantic sort of way. They're very boyish and/or androgynous in appearance (faces and physique) -- Peter Pan is often played by a woman. So male and female elves will look very similar and have short hair with long bangs.

Let me know if you have any thoughts on any other mechanical changes needed for this style of Elf. I know that some folk really like their tall sexy elves, and that's totally okay. I'm doing something different here though. :)