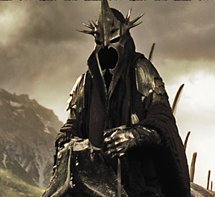 After seeing some artwork with lightly armoured warriors it got me thinking about how these rules work in most RPGs like D&D. I'd like players to be able to have their character put on a suit of armour regardless of their class. It might not be the best choice for them - but I don't want to say "you just can't" or "you won't get any experience points if you do". I'd also like more nimble characters to favour fighting with less armour, rather than the more armour AND more nimble approach.

Similar to the way in which I have class based limits on weapon rolls in combat, I'm going to do something similar with armour. Each class has a maximum Defence score that's based on both how nimble they are (-1 / 0 / +1) and the value of the armour they're wearing. You can wear more armour than you need to, but it won't take your Defence past it's best score. Magic on the other hand will improve your defence score beyond what's normally available to your class. So there's more reason for a Wizard to wear some enchanted armour than something from the local blacksmith.

If your game uses a Rogue / Specialist / Thief type class it would use the listing for "Adventurer".
If you have armoured fighting priests you could give them the weapon maximums of an Adventurer and the Armour maximums of a Warrior.

What I like about this approach is there's more possibility for both different gear amongst characters, as well as clumsy characters in an adventure. In D&D a low dexterity score was always a bad thing to give a character who expected to engage in combat. Now you can compensate for that with more armour - which seems believable to me.