Monks are humans who have spent years in meditation and physical training at remote monasteries. They are skilled in the martial arts and have seemingly magical abilities.

This is a reworked Monk character class for B/X D&D based on the one I released back in 2012, but with more details to make it more fun at the table. It's also presented as a full character class rather than notes to modify the Cleric class. 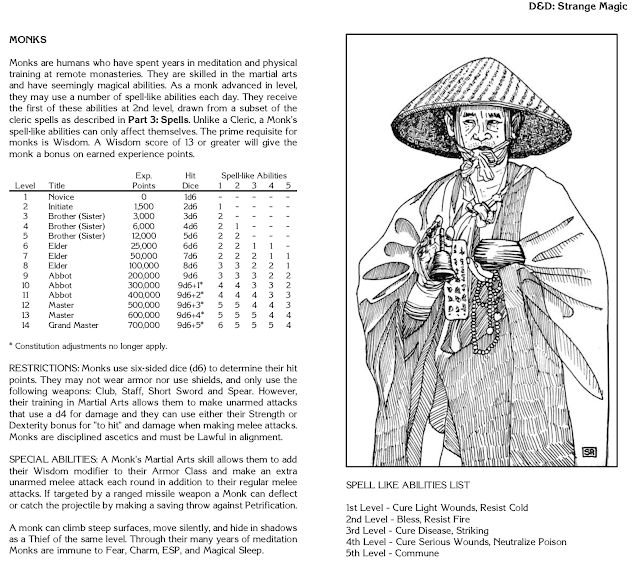