The Bard for Basic D&D

I think there's perhaps no other class with as long a history in D&D that gets quite as much scorn as the Bard. Now some players certainly like the Bard and I think there are things about the class that are good: more focused on social situations, negotiation, mysterious knowledge, and a jack of all trades approach that makes it a good character choice when the game isn't hyper-focused around one part of the game (eg. Combat). At the same time there's a lot wrong with the Bard in D&D. 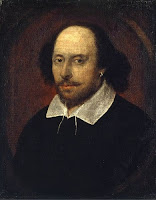 In AD&D the Bard was a convoluted mess, and the designers seemed to recognize this and put it in the Appendixes as optional material. Go to level X in one class, change to another class, go to level X, change again etc. Honestly I don't know how many people actually levelled up a Bard in this manner compared to the number that were just created for one-shot high level adventures.

From the outset and into editions where Bards were playable from 1st level they were presented as characters that would sing and play musical instruments in battle. Now, I know musicians would accompany an army onto the field, but in a small skirmish situation a character dancing about playing their flute while unspeakable monstrosities tore into their small band of allies seems absurd. And it's this absurdity that makes other players dislike the Bard. Unless you are playing a light hearted "silly" game the presence of Sir Robin's Minstrels can be disruptive to the tone of the game. Bards playing flutes, mandolins, reciting poetry, or even dancing... it makes no difference. Being a Jack-of-all-Trades is one thing, but making the Bard's contribution look ridiculous is just too much.

Here then, in the spirit of the Paladin and Anti-Paladin is a re-imagined Bard for B/X D&D.

Restrictions
May wear Leather armour.
Can use any type of weapon.

Cast spells as Magic-User of 1/2 level starting at 2nd level.

Bard Experience Points
Gains 0 XP from Enemies of Same Alignment
Gains 1/2 XP of a Monster when encountered for the first time (once per each type of monster). The Bard also gets the normal amount of XP if the monster is defeated.

In a similar manner to how the Witch mixes the Cleric and Magic-User, and the Paladin mixes the Fighter and Cleric, the Bard mixes some of the abilities of the Magic-User and Thief. Instead of a comical minstrel/jester type character the Bard is a travelling storyteller or perhaps a playwright. A player may wish them to have a musical instrument but that is unnecessary and certainly not something the character would play during the midst of battle. Our new Bard's focus is on exploration and discovery. They have a knowledge of languages and lore that can reveal the secrets of magic items.

Bards may adventure for many reasons, but seeing fantastic and monstrous creatures is the stuff epic stories are made of and they draw experience from their encounters - even if the things they discover are best to be left well enough alone.