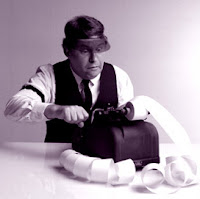 There's a lot of great rules in early D&D. This is not one of them.


Bonuses and Penalties to Advancement due to Abilities:

If my character has better stats than yours, because I was lucky during character creation… or rolled up 100 character until I got the right stats (you know how it was), then I'm going to ALSO go up in level faster than your character? So the game is easier for me in collecting experience points AND I don't need to collect as many xp before I level up… and then I'm a higher level character than yours, and the trend continues.

That just doesn't make sense to me. I think you should get a bonus to your XP if you have bad stats… or if you finish the dungeon with just a helmet and a diaper for armour or something. The XP bonus from high ability score is one of those rules that encourages players to think their character "sucks" if they don't have the standard high attribute for their class.

I understand the explanation for what it's supposed to represent... but as a game mechanic it just doesn't encourage what I want in the game.