Mentat Class for Swords and Wizardry

After creating the Bene Gesserit class for Swords & Wizardry, it only makes sense to follow it up with a Mentat you can play in your classic D&D game. 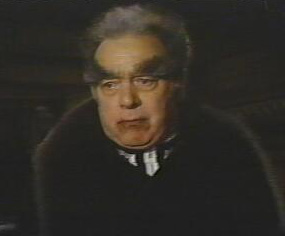 Just like the last time I want to try and use what's already in the game and avoid adding, removing, or changing rules unless they're completely necessary.

Like the Bene Gesserit, we'll start by building the Mentat on top of an existing class. This time we'll use the Magic-user. That covers hit dice, experience, saving throws, etc.

Since we're building this class within a Dungeons & Dragons framework the scope of the Mentat's abilities will have a lot to do with whether magic exists in your game world, and whether you want Mentats to be closely tied to Wizardry. It seems very likely that in a Vancian Magic based world that Mentat training would be something that would help a wizard learn and memorize more spells. If you aren't using "magic" but rather the spell system is to create the exceptional abilities of the classes then you would want to hand pick which spells are available to them.

I would allow Mentats limited to the Core Spell list below (eg non-magical) more latitude in the weapons and armour they have available - they would have full access to any weapon and armour. I might also increase their Hit Dice and Attack Rolls to match the Cleric's.

Sapho Juice (optional)
Intelligence is expanded (+4)
An extra spell at each available spell level can be memorized
Withdrawal causes a loss of all Mentat abilities!


Edit: Like the Bene Gesserit the Mentat's Core Spell list should be usable in 1 turn 'chunks' allowing them to do decipher languages and find traps more than once per day.